‘The Witch’ directed by first-timer, Robert Eggers, is not for the normal horror crowd going out on a Friday night looking to have a good time with some laughs and scares while eating their popcorn and clutching onto the person sitting next to them – though the latter is absolutely going to happen, but only if you like psychological horror movies.

Scary and extremely tense at the same time, The Witch falls back onto old-school story driven horror without all the flashy cuts, cheap jump scares, and big name actors to draw you in.  Much like last year’s It Follows and The Babadook, The Witch delivers on the creepiness without showing you much and relying on strong storytelling, mood, and atmosphere to suck its audience in and scare the hell out of them.

The story revolves around a devout Christian family banished from their settlement and sent off into the wilderness to survive on their own.  After finding a piece of the earth to harvest, they build their home and begin to settle in.  But all is not what it seems and soon their youngest child goes missing, literally vanishing right before Thomasin’s (Ann Taylor-Joy) eyes as she is playing a game of peek-a-boo with the child.  It soon becomes apparent that there is more going on in the forest that surrounds their homestead, and that there is something in the woods casting its evil upon the unsuspecting family. 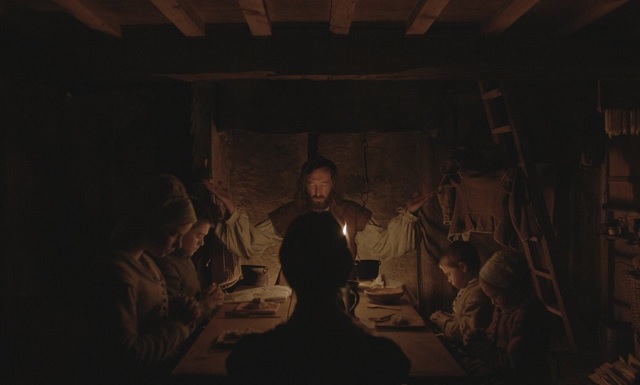 The creepiness of the movie comes mostly from the slow-burn tone of the film, the unsettling performances from the cast – especially the younger ones (Ann Taylor-Joy & Harvey Scrimshaw)  and the creepy twins (Ellie Grainger & Lucas Dawson) who talk to a horned black goat they refer to as “Black Phillip” – and their fanatical religious beliefs of the supernatural that starts to pit the family against one another, that’s fueled by the parents William & Katherine (Ralph Ineson & Katie Dickie). 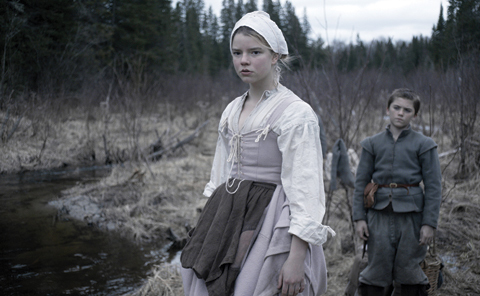 Rather than frighten us with jump scares, director Eggers uses a slow unnerving pace, hallucinatory images, characters unraveling amidst a horrifying supernatural crisis, and the dark to bring out the things that go bump in the night, and in our minds.

Since the story takes place in 1630 (sixty years before the Salem Witch Trials) witchcraft was a huge concern to families all across New England at the time.  And once the fingers begin being pointed, mostly at young Thomasin, the family begins to unravel both mentally and physically in fear that there is a witch among them. 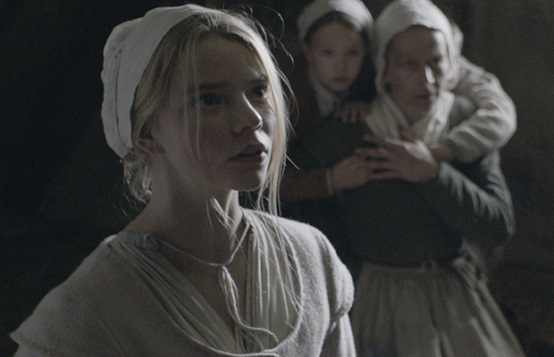 What is essential to know going into this movie is that the dialog is spoken in Old-English – taken from real letters, journals, and text from the 1600s – making it feel all-the-more tangible for the characters to be speaking in such a tongue. At the same time, using this dialog makes it somewhat hard to follow and may upset some viewers who find themselves wondering what the characters are talking about.

If you’re looking for a horror movie that is fast and gory, The Witch isn’t the movie for you.  At times the pace is very slow, almost crawling along, with long moments of the characters praying or talking about religion or damnation for their sins as humans. 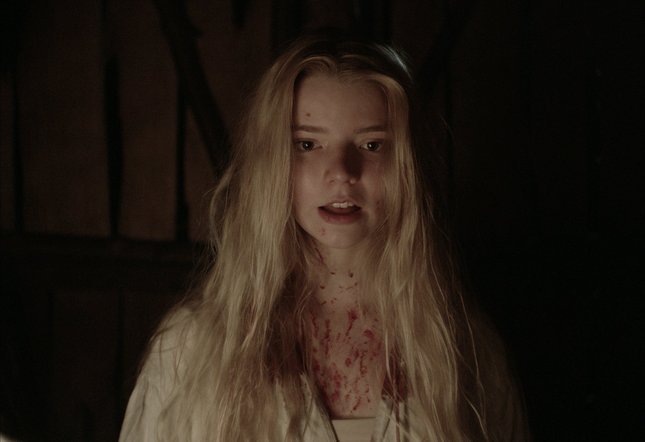 But if you’re looking for a slow-burn psychological horror story with a satanic flair that gets under your skin and scrapes the bone, give The Witch a try.  Yet understand what kind of movie you’re getting into before entering the theater, as this is not a traditional horror movie that everyone is going to like.